Commitment with the Community: Efforts to Help in the COVID-19 Scenario 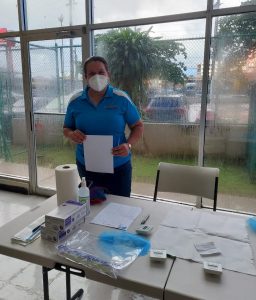 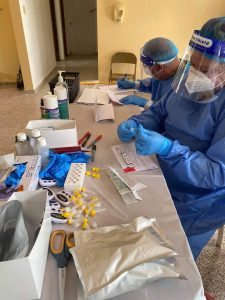 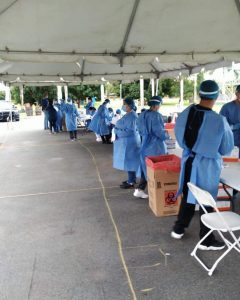 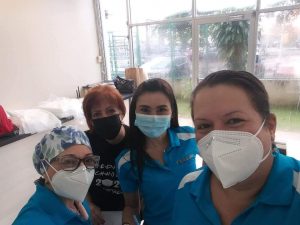 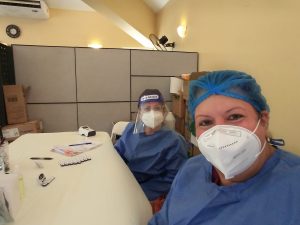 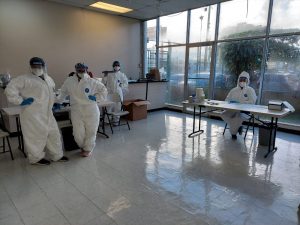 Since the first months of the COVID-19 pandemic, the need for testing to identify possible infected patients was a health issue and priority globally. Puerto Rico was not an exception to this reality. As healthcare professionals, there is a commitment to be part of any initiative to promote and preserve the health of every human being.

With the limited number of molecular tests available worldwide, rapid serological and antigen tests came into the scenario as more accessible and rapid methods of testing. One of the most important initiatives of the Department of Health of Puerto Rico and the “Sistema Municipal de Investigación de Casos y Rastreo de Contactos” (SMICR) is the “COVIVEO”, which consists of massive testing and tracking of positive cases. As the number of positive patients increased, the need for medical technologists, nurses, epidemiologists, and volunteers to work in those clinics was urgent. One of our colleagues that works at the School of Medicine of the Medical Sciences Campus UPR, Diana Ramos (MT), told me about the need of personnel and the level of biosafety observed during the clinics. Since November 2020, Carola López-Cepero (MT) and I started attending the COVIVEOS in different towns from Ciales through Vieques!

In Vieques, SMICR programed COVIVEOS every Sunday. I had the opportunity to go on the first and the last Sunday with Diana Ramos. It was great to be a part of such a committed team. On December 6, 2020, we did 261 tests of which 28 were positive. On December 27, 2020, we did 322 tests of which only 3 were positive. We hope that all the efforts made by the epidemiologists contributed to reduce these numbers at the Isla Nena!

For the coming months, there is the possibility that we will continue participating in this initiative. When patients say thanks and smile to the staff, you forget about all the personal protective equipment that you use under a tent during seven or ten hours. Stay safe!