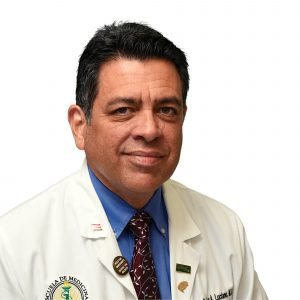 From 1991–1998, I trained and worked in several capacities at the National Institute of Neurological Disorders and Stroke, including serving as Acting Chief of the EMG Section for 5 years, where I led and collaborated with a multidisciplinary group of outstanding investigators. I have also served in the NIH National Center for Research Resources NIH-funded RCMI Clinical Research Center, as Associate Director from 2002 to 2010. In 2010, the UPR-Medical Sciences Campus secured NIH funding to establish the PRCTRC, where I served as Program Director. In April 2011, I assumed responsibilities as Principal Investigator in the PRCTRC, sharing senior leadership and administrative responsibilities with Dr. Marcia Cruz-Correa. Since 2009, I have lead the Neurology Division of the School of Medicine in the UPR-Medical Sciences Campus.